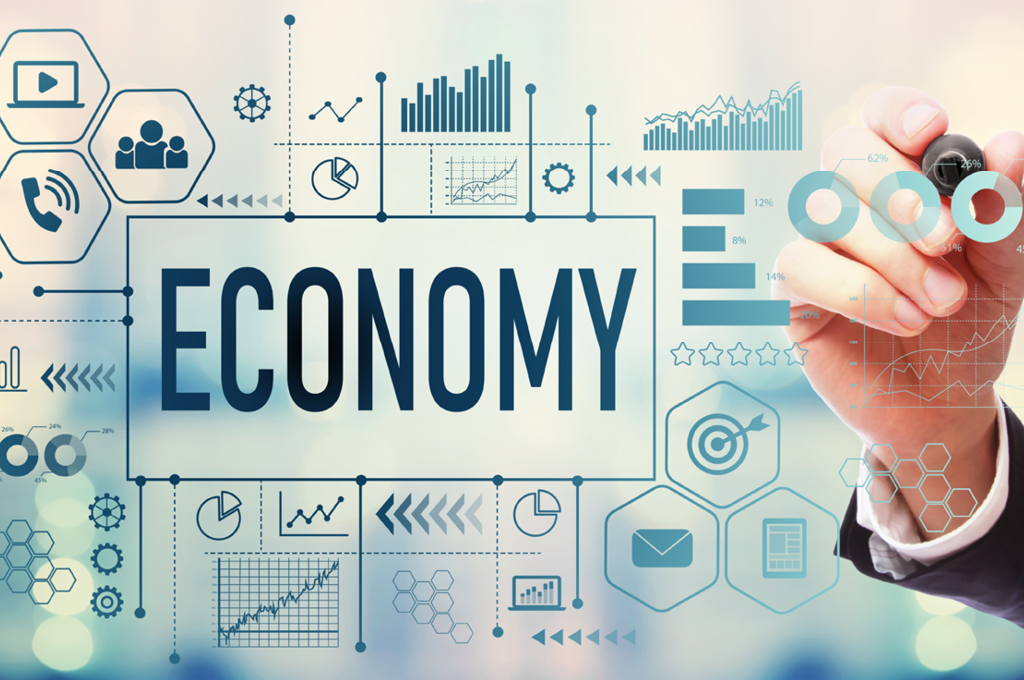 The economy of Sudan has boomed on the back of increases in oil production, high oil prices, and large inflows of foreign direct investment until the second half of 2002. GDP growth registered more than 10% per year in 2006 and 2007. From 1997 to date, Sudan has $30.873 billion by gross domestic product as of 2019, and has been working with the International Monetary Fund (IMF) to implement macroeconomic reforms, including a managed float of the exchange rate. Sudan began exporting crude oil in the last quarter of 1999.
Agricultural production remains important, because it employs 80% of the work force and contributes a third of the GDP. The War in Darfur, the aftermath of two decades of war in the Second Sudanese Civil War (1983-2005) in the south, the lack of basic infrastructure in large areas, and a reliance by much of the population on subsistence agriculture ensure much of the population will remain at or below the poverty line for years. The problem remains, despite rapid rises in average per capital income. In January 2007, the government introduced a new Sudanese pound, at an initial exchange rate of US$1 = £S.2. Sudan is still a least developed country according to United Nations.

Current GDP per capita of Sudan grew 46% in the 1960s, reaching a peak growth of 170% in the 1970s. But this proved unsustainable and growth consequently scaled back to 34% in the 1980s. Finally, it shrank by 26% in the 1990s.
Until the early 1970s Sudan’s agricultural output was mostly dedicated to internal consumption. In 1972 the Sudanese government became more pro-Western, and made plans to export food and cash crops. However, commodity prices declined throughout the 1970s causing economic problems for Sudan. At the same time, debt servicing costs, from the money spent mechanizing agriculture, rose. In 1978 the International Monetary Fund (IMF) negotiated a Structural Adjustment Program with the government. This further promoted the mechanized export agriculture sector. This caused great economic problems for the pastoralists of Sudan.
During the late 1970s and 1980s, the IMF, World Bank, and key donors worked closely to promote reforms to counter the effect of inefficient economic policies and practices. By 1984, a combination of factors, including drought, inflation, and confused application of Islamic law, reduced donor disbursements and capital flight led to a serious foreign-exchange crisis and increased shortages of imported inputs and commodities. More significantly, the 1989 revolution caused many donors in Europe, the U.S., and Canada to suspend official development assistance, but not humanitarian aid.
However, as Sudan became the world’s largest debtor to the World Bank and International Monetary Fund by 1993, its relationship with the international financial institutions soured in the mid-1990s and has yet to be fully rehabilitated. The government fell out of compliance with an IMF standby program and accumulated substantial arrearages on repurchase obligations. A 4-year economic reform plan was announced in 1988 but was not pursued.
An economic reform plan was announced in 1989 and began implementing a 3-year economic restructuring program designed to reduce the public sector deficit, end subsidies, privatize state enterprises, and encourage new foreign and domestic investment. In 1993, the IMF suspended Sudan’s voting rights and the World Bank suspended Sudan’s right to make withdrawals under effective and fully disbursed loans and credits. Lome Funds and EU agricultural credits, totaling more than one billion euros, also were suspended.

Primary resources are agricultural, including cotton, peanuts, gum Arabic, and sesame seeds. Although the country is trying to diversify its cash crops, cotton and peanuts remain its major agricultural exports. Grain sorghum (dura) is the principal food crop, and wheat is grown for domestic consumption. Sesame seeds and peanuts are cultivated for domestic consumption and increasingly for export.
Three main agricultural sub-sectors are active in Sudan: pastoral livestock, cropping and fish production. Livestock production has vast potential, and many animals, particularly cows, sheep, and camels, are exported to Saudi Arabia and other Arab countries. However, Sudan remains a net importer of food. Problems of investment finance, production and transportation remain the greatest constraints to a more dynamic agricultural economy. A major problem which has been growing for decades is the continual loss of open lands previously used for animal grazing to mechanized drylands and irrigated farming. Sudan has 84 million hectares of arable land and less than 20% is cultivated. Major agricultural projects such as the Gezera Scheme in Gezira state are underway in order to make Sudan food self-sufficient. Sudan is one of the world’s potential breadbaskets and Sudan is nicknamed as the Arab world food basket as it accounts for 45% of arable land in the Arab world. In 1998 there was an estimated 16.9 million hectares (41.8 million acres) of arable land and approximately 1.9 million hectares (4.7 million acres) set aside for irrigation, primarily in the north of the country along the banks of the Nile and other rivers.
Cash crops (as of 1999) grown under irrigation in these areas include cotton and cottonseed, which is of primary importance to the economy with 172,000 tons and 131,000 tons produced annually respectively, sesame (220,000 tons), sugarcane (5,950,000 tons), peanuts (980,000 tons), dates (176,000 tons), citrus fruits, yams (136,000 tons), tomatoes (240,000 tons), mangoes, coffee, and tobacco. The main subsistence crops produced in Sudan are sorghum (3,045,000 tons), millet (1,499,000 tons), wheat (168,000 tons), cowpeas, beans, pulses, corn (65,000), and barley. Cotton is the principal export crop and an integral part of the country’s economy and Sudan is the world’s third largest producer of sesame after India and China.

Sudan’s rapid industrial development consists of agricultural processing, electronics assembly, plastics manufacturing, furniture, tanning, sugar production, meat processing and various light industries located in any of the 10 Industrial areas in Khartoum. due to the many countries depending on Sudan for medicines and medical services, Sudan is now concentrating on becoming a hub for the medical industry in East Africa, providing facilities and concessions for medical investments and succeeding in covering about 70% of needs and exporting to many neighboring nations. In recent years, the Giad Industrial Complex in Al Jazirah state introduced the assembly of small autos and trucks, and some heavy military equipment such as armored personnel carriers and the “Bashir” and “Zubair” main battle tanks as well as handguns, light and heavy machineguns and howitzers and, recently, drone production. Sudan is reputed to have great mineral resources, and exploration has started extensively for gold, of which is produced nearly 30 tons annually providing a great boost to the foreign exchange reserves of the nation, with the participation of many investment companies from all over the world. Quantities of asbestos, chromium, mica, kaolin and copper are now exploited commercially, especially for export to China.

Extensive petroleum exploration first began in Sudan in the mid-1970s. Significant finds were made in the Upper Nile region and commercial quantities of oil began to be exported in October 2000, reducing Sudan’s outflow of foreign exchange for imported petroleum products. Today, oil is an important export industry in Sudan. Estimates suggest that oil accounts for between 70% and 90% of Sudan’s total exports. The primary importers of Sudanese oil are Japan, China, South Korea, Indonesia, and India.
Most of Sudan’s oil reserves are located in the Muglad and Melut rift basins in the south of the country. Oil fields in the south, such as those at Heglig and in the South Sudanese state of Unity, formerly part of Sudanese territory, are linked to the country’s refineries via pipelines. The two largest oil pipelines are the Greater Nile Oil Pipeline, which travels 1,600 kilometres from the Unity oil field to Port Sudan on the Red Sea via Khartoum, and the PetroDar pipeline, which extends 1,380 kilometres from the Palogue oil field in the Melut Basin to Port Sudan.
Crude oil from the Muglad Basin is known as “Nile Blend” and is refined at the Khartoum crude oil refinery. In 2006, the China National Petroleum Corporation upgraded the Khartoum refinery, doubling its capacity to 100,000 barrels per day (16,000 m3/d). Oil from the Melud Basin is known as “Dar Blend” and is refined at the Port Sudan Refinery, which has a capacity of 21,700 barrels per day (3,450 m3/d). In 2005, the Sudanese government contracted Petronas to build a new refinery at Port Sudan.